Larry Sager, singer-songwriter from Detroit, Michigan, comes from an extended family (cousins, aunts and uncles) of accomplished musicians, writers and performers. His father was an amateur musician; his mother a classically trained pianist and violinist. At age five, Larry passed a “test” administered by a well-known Detroit music company to test his musical acumen. He passed, allowing him to take on piano lessons with them. Concluding seven years of classical piano lessons, Larry became interested in blues & rock ’n’ roll, which led him to fusion music, Miles Davis and avant-garde jazz. At age 12, Larry taught himself the guitar, and after two years added electric bass, performing and recording with various bands playing blues, rock, rhythm and blues, fusion and avant-garde jazz. Moving to California, while not of age to drink, he performed at concert venues, coffee houses, bars and clubs, with an assortment of bands playing rock, funk, fusion, including a big band jazz ensemble occasionally featuring Federico Cervantes and Joe Henderson.

While delving into different genres, at one-point Larry wrote a country music parody and won a songwriting award for it. He was awarded the Benjamin Franklin Award as a new author for his book “No Guns, No Knives, No Personal Checks” penned during his night shift driving a taxi in San Francisco while studying for his bachelor's degree in Creative Writing.

Previously, Larry has written and recorded with Donald Baldwin of The Temptations, Bill Champlin of Chicago; performed with Stewart Copeland of The Police and spent hours in the studio with renowned writer-producer David Foster, learning tricks of the trade observing mix downs at deafening volumes. One of his most beloved musical experiences: sitting with guitarist Terry Gleason along with John Lee Hooker watching rare Jimi Hendrix footage and videos from John Lee’s personal collection.

His new EP At Night, has the songs: “Cement Shoes”, “Off My Rocker”, “At Night” and “Keep Trying”. It combines traditional and progressive rock ’n’ roll with blues, pop and a dash of contemporary R&B and Funk. The songs on this EP were mixed by legendary Producer / Engineer Sylvia Massy. His single “Off My Rocker”, features keyboardist Eric Levy of Night Ranger. In addition, “Cement Shoes” was recorded at Francis Ford Coppola’s Zoetrope Studio in San Francisco. 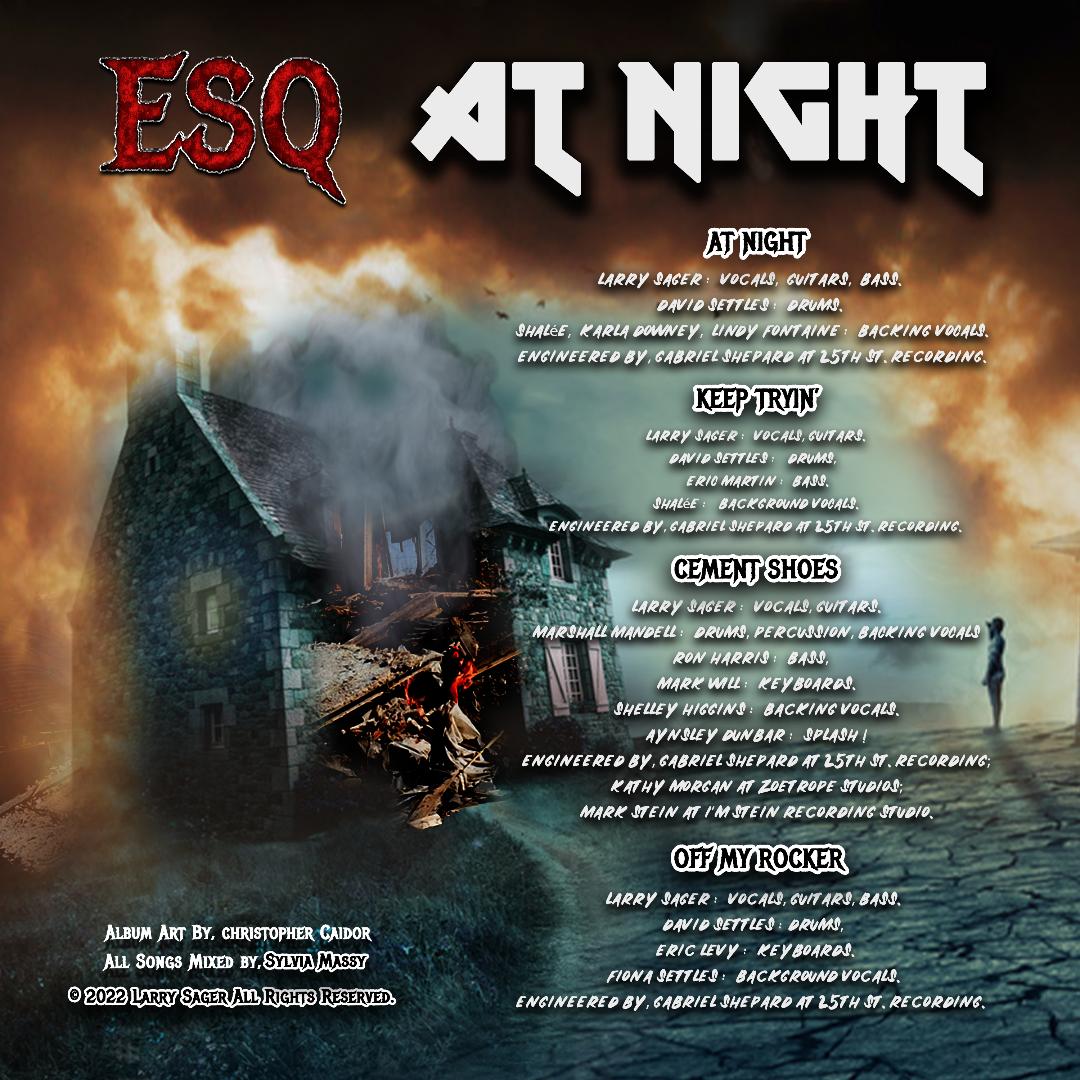